Shopping from the United States?

Go to the United States site

Stay on the UK site 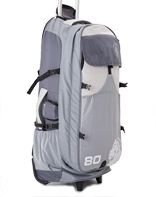 All Numinous packs are protected by our Numinous Anti-Slash technology.

This ensures maximum protection against anyone trying to gain access to your belongings.

Numinous shield combination locks allows you to securely fasten your Numinous to any fixed object whether a bunk bed or radiator in a dorm room to a parasol or sun lounger on the beach.

These locks are fully recodeable and give the end user the peace of mind when separated from their Numinous.

All the main zips on your Numinous pack include anti-puncture technology.

This means they are puncture resistant to pen or tool attacks and allows you to fully protect your belongings when using the TSA zipper locks.

We use TSA locks on all our products so you can securely lock your zips closed, and can only be opened again with your unique combination, which is set by you.

Using Travel Sentry® Approved locks also allows your luggage to be inspected by security authorities without being damaged.

Security screening at all US and Canadian airports, and now many others internationally, use TSA master keys so they can inspect and relock your rucksack without damage. 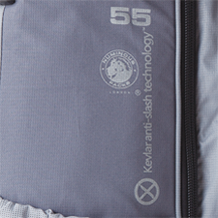 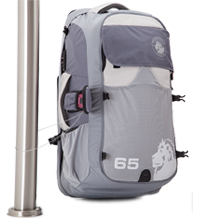 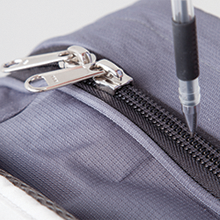 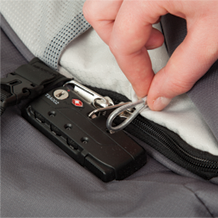 Mens Rucksack Backpacks was developed to keep gap year travellers belongings safe and secure whilst globetrotting! And the idea behind the Mens Rucksack backpacks was conceived on 'The beach' Koh Phi Phi whilst on a gap year!

Believe us the last thing you want is to have your passport and visa stolen in south East Asia!

Our Numinous Mens Rucksack are bulging with the latest Anti-theft technology to safe guard your important travel documents and belongings. Recent research shows that we carry £1,400 worth of electronics and smart devices when travelling abroad. Numinous Mens Rucksack have a devised a unique complimentary security features ensuring everything is protected against theft at all times, leaving you more time to enjoy your adventures whilst away from home! For more information about our anti-theft features, please click here; http://numinous-packs.com/technology

The Numinous Mens Rucksack is a new range of backpacks with enhanced security features, available for the security conscious gap year traveller, adventure traveller or backpacker, with the aim of reducing the risk of crime or loss of possessions alongside the traditional role and features of a trusted backpack.

Check out our biggest secure Mens Rucksack for those long distant traveller. http://numinous-packs.com/wheeled-luggage

We have found ourselves in an interesting variety of situations whilst experiencing the world; some good and some bad. Numinous Mens Rucksack are designed to combat the darker side of travelling, leaving you to truly enjoy what the world has to offer. Numinous Mens Rucksack protect you from the dreaded pirate buses, electronic identity theft, dodgy dorm room theft, shady smugglers at border crossings, and everyday street pickpockets. http://numinous-packs.com/article?id=6

Our mission is to provide gap year students, global travelers and adventure seekers with high quality, fashionable, safe and secure Mens Rucksack which meet their specific needs. We aim to prevent our co-travelers from victim of crime and the loss of their possessions. http://numinous-packs.com/article?id=5

The Numinous 55 Litre Mens Rucksack features Numinous Kevlar Anti-Slash technology with the Numinous shield combination lock system alongside TSA approved zip locks. There is also the option of attaching the Numinous 25 litre DaySac to increase the volume of the rucksack to 80 litre. For more information http://numinous-packs.com/travel-rucksacks

Numinous Mens Rucksack plans to unveil the new GlobePacs range to the North American market with the help of US Distribution group Easy Earth. Numinous Packs will be exhibiting at the Winter Outdoor Retailer show between the 21st and 24th of January 2015! Visit us at Booth BR322 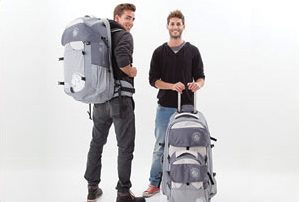 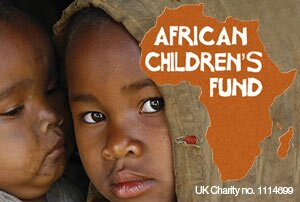 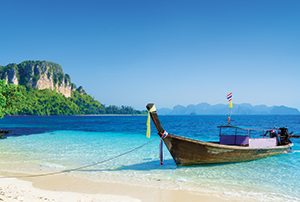